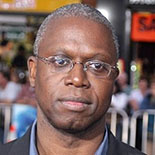 He is best known for his roles as Detective Frank Pembleton on Homicide: Life on the Street from 1993 to 1998 and again in the 2000 made-for-TV film, Owen Thoreau Jr. on the TNT show Men of a Certain Age, and his Emmy-nominated performance as Captain Raymond Holt on the Golden Globe-winning comedy series Brooklyn Nine-Nine.