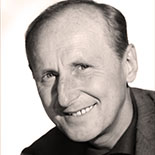 Bourvil is best known for his roles in comedy films, most notably in his collaboration with Louis de Funès in the films Le Corniaud (1965) and La Grande Vadrouille (1966). For his performance in Le Corniaud, he won a Special Diploma at the 4th Moscow International Film Festival.