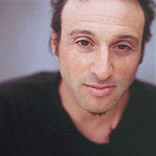 His music is often compared to that of Bob Dylan, Woody Guthrie, Bruce Springsteen, Phil Ochs and Elvis Costello.

Bern is a prolific composer, having written hundreds of songs. He also wrote the novel Quitting Science (2004) under the pen name Cunliffe Merriwether and wrote the preface under his own name.

Bern’s father was a concert pianist who emigrated from Lithuania to Palestine in 1939, a Jew who was one step ahead of the Nazis. Later he met and married Bern’s mother, a German Jew, a singer and poet who had also escaped the ravages of World War II. In the late 1950s they emigrated again and settled in Mt. Vernon, Iowa, where Bern was reared, the cello-playing, baseball-loving progeny of two Old World artists in the American heartland. In time Bern found the guitar, and his way to the West Coast, where he got his footing in the neo-folk music scene in Los Angeles in the early 1990s. He put out his first album in 1997. Breathe is his seventh. In between, he’s amassed a strong underground following, built in part on his prodigious output of intellectual and topical songs.