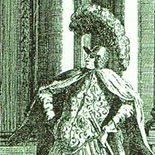 He is best remembered for his association with the composer George Frideric Handel. Berenstadt created roles in three of Handel’s operas. Berenstadt’s parents were German and his father was timpanist to the Grand Duke of Tuscany. By the end of his 27-year-long career Berenstadt had sung in 55 dramatic works, 33 of which were newly composed.