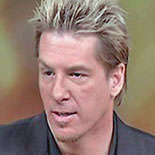 His work as a script consultant to the HBO sitcom Sex and the City, starring Sarah Jessica Parker, paved the way for co-authoring of the New York Times bestseller He’s Just Not That Into You (2004), later adapted into a film by the same name. Apart from that he also hosted two short-lived talk shows, The Greg Behrendt Show (2006) and Greg Behrendt’s Wake Up Call (2009).