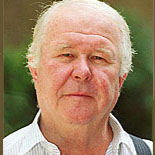 Beatty appeared in more than 160 films and has been nominated for an Academy Award, two Emmy Awards, an MTV Movie Award for Best Villain and a Golden Globe Award; he also won a Drama Desk Award.