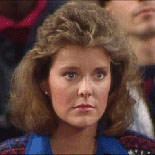 Amanda Bearse (born August 9, 1958) is an American actress and comedienne.

Bearse is best known for her role as neighbor Marcy D’Arcy (formerly Marcy Rhoades) on Married… with Children, a sitcom that ran in the United States between 1987 and 1997, and for her performance in the 1985 horror film Fright Night opposite William Ragsdale.