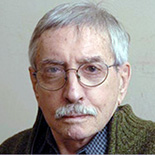 Albee is known for works such as The Zoo Story (1958), The Sandbox (1959), Who’s Afraid of Virginia Woolf? (1962), and a rewrite of the book for the unsuccessful musical Breakfast at Tiffany’s, an adaptation of Truman Capote’s 1966 book of the same name.

Albee’s works are considered well-crafted, often unsympathetic examinations of the modern condition. His early works reflect a mastery and Americanization of the Theater of the Absurd that found its peak in works by European playwrights such as Samuel Beckett, Eugène Ionesco, and Jean Genet. Younger American playwrights, such as Paula Vogel, credit Albee’s daring mix of theatricality and biting dialogue with helping to reinvent the post-war American theatre in the early 1960s. Albee continues to experiment in works such as The Goat, or Who Is Sylvia? (2002).