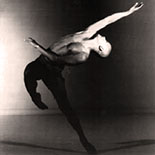 Alvin Ailey is credited with popularizing modern dance and revolutionizing African-American participation in 20th-century concert dance. His company gained the nickname “Cultural Ambassador to the World” because of its extensive international touring. Ailey’s choreographic masterpiece Revelations is believed to be the best known and most often seen modern dance performance. In 1977, Ailey was awarded the Spingarn Medal from the NAACP. He received the Kennedy Center Honors in 1988, just one year before his death. In 2014, President Barack Obama selected Ailey to be a posthumous recipient of the Presidential Medal of Freedom.