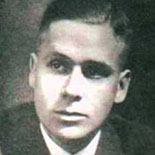 Aav studied music composition there with Artur Kapp and wrote primarily vocal music to words in the Estonian language. In 1928 he composed the first national Estonian opera, Vikerlased (The Vikings). The opera premiered in Tallinn on September 8, 1928. He modelled his style of composition after Tchaikovsky.