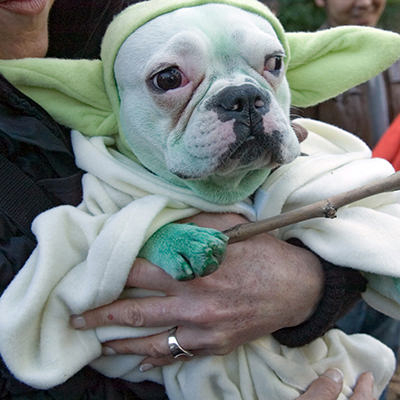 Yoda is a character in the Star Wars universe, appearing in the second and third original films, as well as all three prequel trilogy films.

Featured photo is from Celebrities In Disguise, a children’s book by Abraham Menashe, available from iTunes.