Clarence Hudson White (April 8, 1871 – July 7, 1925) was an American photographer, teacher and a founding member of the Photo-Secession movement.

White grew up in small towns in Ohio, where his primary influences were his family and the social life of rural America. After visiting the World’s Columbian Exposition in Chicago in 1893, he took up photography. Although he was completely self-taught in the medium, within a few years he was internationally known for his pictorial photographs that captured the spirit and sentimentality of America in the early twentieth century. As he became well known for his images, White was sought out by other photographers who often traveled to Ohio to learn from him. He became friends with Alfred Stieglitz and helped advance the cause of photography as a true art form.

In 1906 White and his family moved to New York City in order to be closer to Stieglitz and his circle and to further promote his own work. While there he became interested in teaching photography and in 1914 he established the Clarence H. White School of Photography, the first educational institution in America to teach photography as art. Due to the demands of his teaching duties, his own photography declined and White produced little new work during the last decade of his life. In 1925 he suffered a heart attack and died while teaching students in Mexico City. 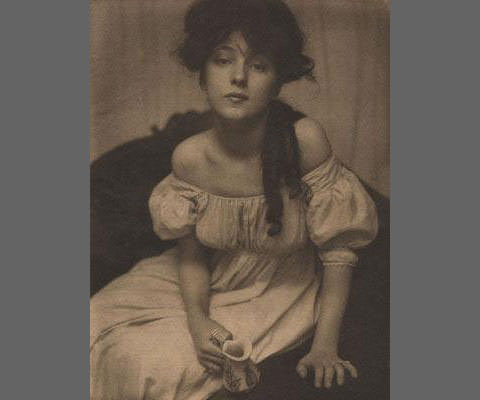