William Henry Fox Talbot (February 11, 1800 – September 17, 1877) was a British inventor and photography pioneer who invented the calotype process, a precursor to photographic processes of the 19th and 20th centuries.

Talbot was also a noted photographer who made major contributions to the development of photography as an artistic medium. His work in the 1840s on photo-mechanical reproduction led to the creation of the photoglyphic engraving process, the precursor to photogravure. Talbot is also remembered as the holder of a patent which, some say, affected the early development of commercial photography in Britain. Additionally, he made some important early photographs of Oxford, Paris, Reading, and York.

Talbot claimed experiments beginning in early 1834, when Louis Daguerre in 1839 exhibited his pictures taken by the sun. After Daguerre’s discovery was announced, without details, Talbot showed his three-and-a-half-year-old pictures at the Royal Institution on 25 January 1839. Within a fortnight, he communicated the technical details of his photogenic drawing process to the Royal Society; Daguerre revealed details of his process in August.

In 1841, Talbot announced his discovery of the calotype, or talbotype, process. This process reflected the work of many predecessors, most notably John Herschel and Thomas Wedgwood. In August 1841, Talbot licensed Henry Collen, the miniature painter as the first professional calotypist. Talbot’s original contributions included the concept of a negative from which many positive prints can be made (although the terms negative and positive were coined by Herschel), and the use of gallic acid for developing the latent image. In 1842, for his photographic discoveries detailed in his The Pencil of Nature (1844), he received the Rumford Medal of the Royal Society. 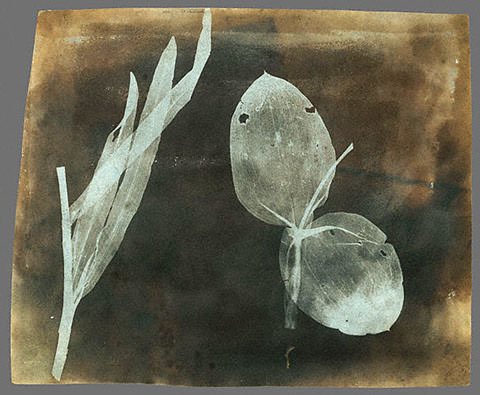