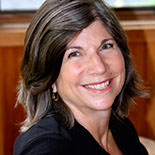 Her New York Times column, Public and Private, won the Pulitzer Prize for Commentary in 1992. She began her journalism career in 1974 as a reporter for the New York Post. Between 1977 and 1994 she held several posts at The New York Times. Her semi-autobiographical novel One True Thing (1994) was made into a film in 1998, starring Meryl Streep and Renée Zellweger.