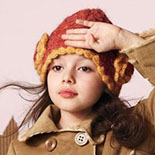 Ptacek is best known as the current voice of Dora in Nickelodeon animated television series Dora the Explorer (2011–2015) and Dora and Friends: Into the City! (2014–present), and a lead in the Academy Award winning 2012 short film Curfew.