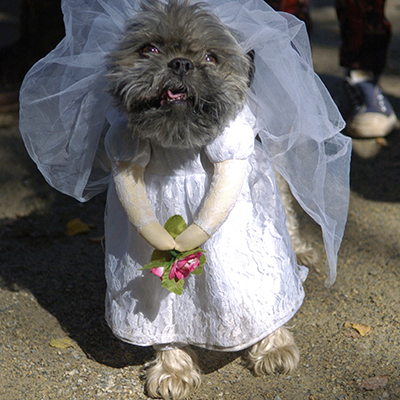 The wedding between Philippa and Eric of Pomerania took place on October 26, 1406 in Lund Cathedral. Philippa was the first documented princess in history to wear a white wedding dress during a royal wedding ceremony: she wore a tunic with a cloak in white silk bordered with grey squirrel and ermine.

Philippa of England, as featured in Celebrities In Disguise, by Abraham Menashe, available from iTunes.