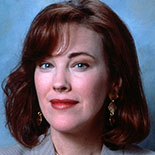 O’Hara won the Genie Award for Best Supporting Actress for the 1999 film The Life Before This and received an Emmy Award nomination for the 2010 television film Temple Grandin.