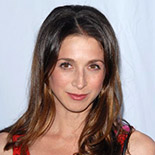 Hinkle is known for playing the role of Judith Harper-Melnick, Alan Harper’s mean ex-wife on the CBS comedy series Two and a Half Men and her role as Judy Brooks the sister of the lead character Lily Manning on ABC drama Once and Again.