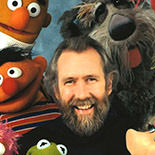 James Maury “Jim” Henson (September 24, 1936 – May 16, 1990) was an American puppeteer, screenwriter, film director and producer, best known as the creator of The Muppets.

As a puppeteer, Henson performed in various television programs, such as Sesame Street and The Muppet Show, films such as The Muppet Movie and The Great Muppet Caper, and created advanced puppets for projects like Fraggle Rock, The Dark Crystal, and Labyrinth. He was also an Oscar-nominated film director, Emmy Award-winning television producer, and the founder of The Jim Henson Company, the Jim Henson Foundation, and Jim Henson’s Creature Shop. He died on May 16, 1990. On June 16, 2011, he posthumously received the Disney Legends Award.