George Edwards (April 3, 1694 – July 23, 1773) was an English naturalist and ornithologist, known as the “father of British ornithology”.

Edwards was born at Stratford, Essex. In his early years he travelled extensively through mainland Europe, studying natural history, and gained some reputation for his colored drawings of animals, especially birds. In 1733, on the recommendation of Sir Hans Sloane, he was appointed librarian to the Royal College of Physicians in London.

In 1743 he published the first volume of his A Natural History of Uncommon Birds, the fourth volume of which appeared in 1751, and three supplementary volumes, under the title Gleanings of Natural History, were issued in 1758, 1760 and 1764. The two works contain engravings and descriptions of more than 600 subjects in natural history not before described or delineated. He likewise added a general index in French and English, which was afterwards supplied with Linnaean names by Linnaeus himself, with whom he frequently corresponded. 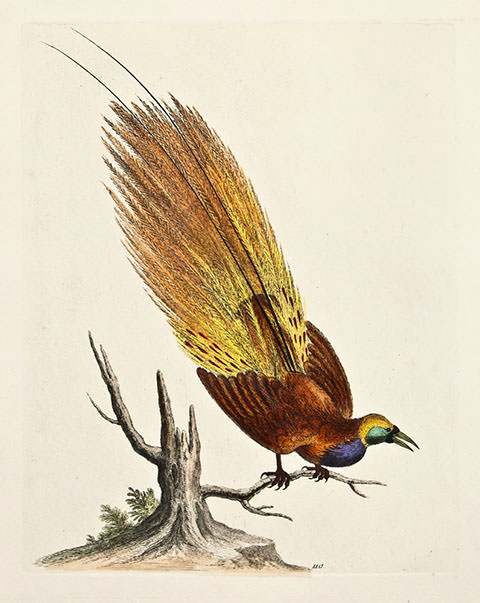