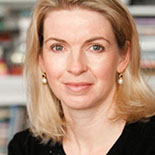 Jennifer Donnelly (born August 16, 1963) is an American writer of young-adult fiction best known for the historical novel A Northern Light.

A Northern Light was published as A Gathering Light in the U.K. There it won the 2003 Carnegie Medal, recognizing the year’s outstanding children’s book. For the 70th anniversary of the Medal a few years later it was named one of the top ten winning works, selected by a panel to compose the ballot for a public election of the all-time favorite.