Having taken ballet lessons throughout her youth, she began to dance professionally as a chorus line girl in Hollywood. Unlike other women who have stroke-of-luck stories about being plucked from the chorus line and selected for a feature role, St. Cyr had to beg her manager at the club to let her do a solo act. From her self-choreographed act she eventually landed a bit part at a club called the Music Box in San Francisco, with an act called the Duncan Sisters. It was here that she found a dancer’s salary was only a small fraction of what the featured star’s salary was. The difference was that the featured star was nude.

From the 1940s and most of the 1950s, St. Cyr with Gypsy Rose Lee and Ann Corio were the most recognized acts in striptease. St. Cyr’s stage name is a patronymic of the French aristocracy, which she first used when booked as a nude performer in Las Vegas. Although more obscure toward the end of her life, her name popped-up regularly in 1950s tabloids: stories of her many husbands, brawls over her, and her attempted suicides. 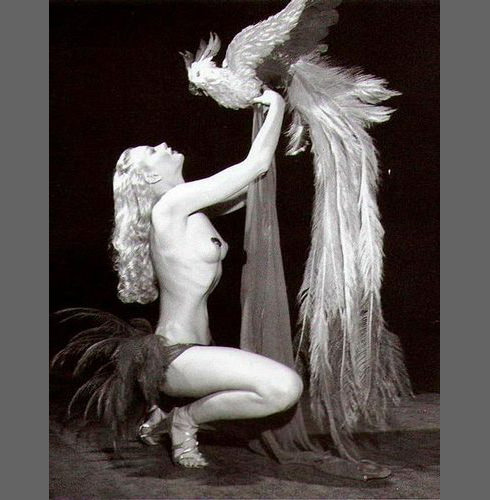