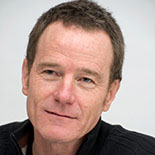 Cranston is best known for portraying Walter White in the AMC crime drama series Breaking Bad, Hal in the Fox comedy series Malcolm in the Middle, and Dr. Tim Whatley in the NBC comedy series Seinfeld. For Breaking Bad, he won the Emmy Award for Outstanding Lead Actor in a Drama Series four times, including three consecutive wins (the second time in television history after Bill Cosby in I Spy during the 1960s). After becoming one of the producers of Breaking Bad in 2011, he also won the award for Outstanding Drama Series twice.