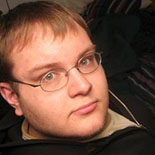 Numa Numa is an Internet phenomenon based on a video by Gary Brolsma made for the song “Dragostea din tei” as performed by O-Zone. Brolsma’s video, entitled Numa Numa Song, was released in December 2004 on the website Newgrounds.com. It was the first Numa Numa-themed video to gain widespread attention. Less than three months after the release, it had been viewed more than two million times on the debut website alone.

Numa Numa Song has since spawned many parody videos, including those created for the “New Numa Contest”, sponsored by Brolsma, which promised $45,000 in prize money for submissions. His original video was named 41st in the 2006 broadcast of 100 Greatest Funny Moments by Channel 4 in the UK. The video was featured on Channel 4’s Virtually Famous and entered its Hall of Fame.