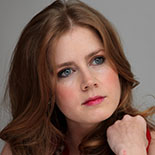 Adams began her career on stage performing in dinner theatre and later made her feature film debut in Drop Dead Gorgeous. After moving to Los Angeles and appearing in a series of television guest appearances and roles in B movies, Adams appeared as Brenda Strong in Steven Spielberg’s Frank Abagnale biopic Catch Me If You Can.